4 ways to ease automation anxiety in your workforce 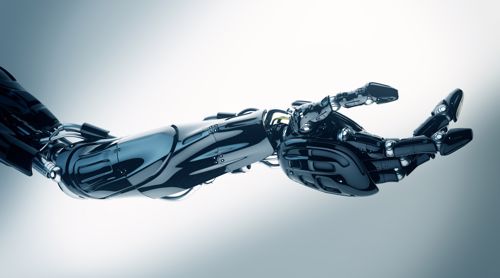 Although it's one of the biggest and most frequently discussed topics in manufacturing, automation still makes people fearful. The prospect of machines taking jobs, rather than making them easier, could be the cause of nervous chatter in your workforce. By 2025, Raconteur predicts that only 10% of manufacturing tasks won't be automated to some degree. When we examine companies with over 250 employees, that margin shrinks to zero. Many of us are recognizing the power of automation and its sheer inevitability.

So, workers should know their vital roles in the manufacturing of the future, because automation doesn't have to be an anxious subject. In fact, there are several tactics to make the march of progress more inclusive and inspiring.

There's a lot of value in seeing a machine get to work in front of you, free of myths and hyperbole. Robotiq's CEO, Samuel Bouchard, argues for first-hand automation demonstrations. Once employees see a robot perform low-skilled, repetitive tasks on their behalf, they might warm to it. "At that point in time," he tells Engineering.com, "two things typically happen. The first thing is that the robot will receive a nickname. And second, workers will start looking for other places where they could deploy robots." Familiarity is essential to the transition you're leading.

We can't ignore the fact that some workers don't have the necessary skills to work alongside automated technologies every day. They'll have to be retrained. If you're able to pay for these courses or design them yourself, they go a long way to helping employees think positively about the next stage of their career. Further subsidies are also highly sought after. For instance, you can offer to pay for additional child care if someone has to spend evenings on course material.

As Brookings summarizes, automation "shifts compensation from workers to business owners, who enjoy higher profit with less need for labor." This can easily become a sore spot for employees who can't see many benefits to automated integration, at least on their terms. You might want to raise wages as productivity increases, and explain your plan well in advance, motivating everyone to get behind the transition. New hires will appreciate it, too. In your job descriptions, think about placing higher-than-average wages in the context of automation. It may draw more tech-savvy applicants and present fairer results for the people in your business.

4. Don't rush to take over too many tasks

Like any major change, automation should start modestly and scale up. Some of your workers may have decades of manufacturing experience; they're used to doing their job a certain way, with precise protocols and room for creativity. If you automate just a handful of their tasks to begin with, they have a better chance of getting used to the technology and seeing it pay off. Then, when you're all ready, automate more of their workload. It's worth having a conversation every few months to gauge their impressions and explain what else is coming to make their day easier.