Will manufacturing companies feel the hit in a recession? 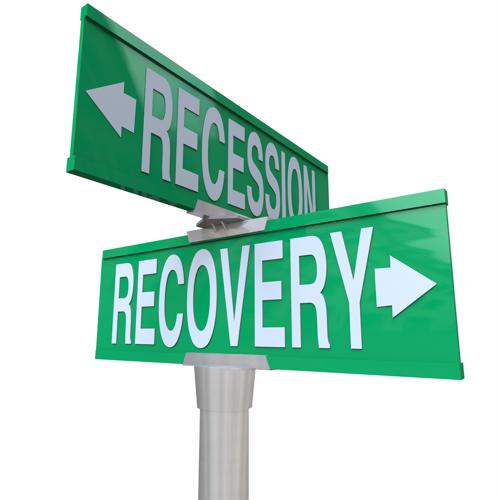 Inflation, a spike in interest rates and a collective belief of an economic downturn are critical indicators of an upcoming recession.

However, a report by Deloitte forecasted a GDP growth of 4.1% for the manufacturing industry in 2022. This statistic, along with inflationary pressures and the finding that there were 834,000 job openings in the sector according to the U.S. Bureau of Labor Statistics' revision in July 2022, give stakeholders in the industry mixed signals.

Moreover, manufacturing companies are feeling the economic consequences of rising costs and a tight labor market. In fact, the National Association of Manufacturers released their Q2 2022 Outlook Survey, revealing that 59.3% of manufacturing leaders believe a recession is likely to happen in the next 12 months.

The manufacturing industry is not immune to economic fluctuations; however, by understanding the past and acting accordingly, manufacturers can survive any market cycle.

How did the industry perform in the last recession?

It's no secret that during the last recession, manufacturers experienced a drop in consumer demand and lacked access to capital to invest in new technologies.

A study published by Deloitte found that manufacturing's GDP was down by 10% during 2007 and 2009, and profits were reduced by 53% compared to only 14% overall.

Similarly, IndustryWeek reports that overall output for the sector dropped 20%, while employment also decreased by 15%.

The manufacturing industry suffered a drastic decline, but its companies experienced higher recoveries than did the overall economy — by 300%, as reported by Deloitte. That's a feat that's nothing short of impressive.

This means that manufacturers played a crucial role in leading the country out of recession — and they are prepared to do so again, if necessary.

What's different this time around?

It's simple; manufacturers are more prepared than ever to face any challenges that come their way. The last recession was a wake-up call for many companies, and they have used that time to make changes in the way they operate.

Manufacturing companies have invested heavily in their workforce, new technologies and processes that allow them to operate more efficiently, cut costs without layoffs and improve quality. They are also more agile than before, which means they can adjust quickly if economic conditions change again.

So, despite market fluctuations and industry uncertainty, most leaders are optimistic about the future. In fact, NAM's Q2 2022 Outlook Survey found that 82.6% of manufacturing executives believe their company is well-positioned to succeed despite economic challenges.

Now is the time to continue preparing, strategizing and building your business for the future. It's vital to maintain a level-headed approach in order to capitalize on opportunities, minimize risk and keep your company ahead of the curve.

While the industry has gone through a number of economic cycles, and there may be periods of hardship, history shows that manufacturers are resilient and will rebound quicker than many other sectors.