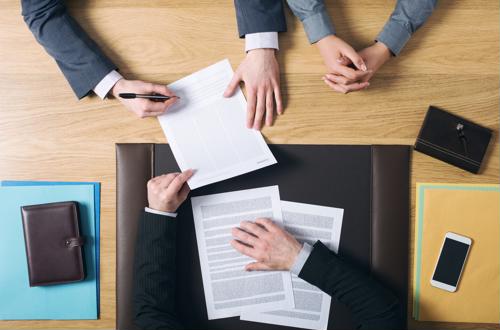 Drug testing is a common practice in the manufacturing industry, but as recruiting becomes an increasingly challenging task and laws — as well as the general views on drug use — change, the need to update your company's drug testing policy becomes more and more important.

In June 2021, Amazon announced an adjustment to its drug testing policy while still maintaining its vision of being one of the safest places to work. This update would positively impact workers who had been disqualified for marijuana use in the past, stating that the substance will be treated the same as alcohol.

According to a report by Quest Diagnostics, positivity rates for the U.S. workforce reached a 15-year high in 2020, with 4.4% of Americans testing positive for at least one drug.

In the manufacturing industry alone, the figure was 4%, an increase from 3.4% in 2016. As the number of users rises in the workforce, manufacturing companies should consider updating their policies to reflect the changing landscape.

The most common drug used by workers is marijuana. This is also the drug that's becoming more widely accepted by employers and society as a whole. In fact, although it's still illegal under federal law, the majority of states have legalized medical marijuana. Some states have even gone so far as to allow recreational use, too.

Consequently, more employers are being led to make accommodations for their employees just to meet their recruitment needs. When it comes down to it, what matters is that a candidate's job performance is still excellent despite their off-hours use of the drug.

To test or not to test?

While there are many reasons why a company may want to implement drug testing, the most common reasons are safety and productivity.

An analysis conducted by the Organization of American Addiction Centers indicated that the manufacturing industry ranks third among all industries for the number of pre-employment drug tests that are required.

Because injuries in the field can be both catastrophic and expensive, it makes sense for companies to ensure that their employees aren't under the influence when they come to work.

From an employee perspective, however, drug testing can lead to discrimination and unfair treatment. Employees may feel that they are being judged by factors outside of their skills or job performance.

Perhaps a more balanced and flexible approach would be to eliminate pre-employment checks and test for drugs in the case of an incident or reasonable suspicion of impairment.

Moreover, as views continue to evolve and laws change, drug testing remains a controversial subject. Regardless of which side of the debate you're on, it's important to remember that workplace laws vary state by state.

States have passed legislation regulating what kind of substance employers can test for, how often they can test employees for drugs and who has access to the results.

Stay current on your state's laws to ensure you stay compliant and update your policy accordingly, aware that the more strict you become, the more you narrow the talent pool your company can draw from.