8 ideas to manage employees who are always late 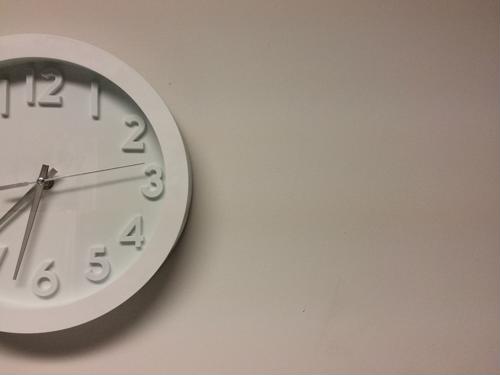 Tardiness is not something that is usually acceptable in the highly regimented world of manufacturing, and if you encounter the issue with a few employees persistently, that can be a major problem. The question is, how will you address it?

If you take the following tacks with your employees who are seemingly always running at least a few minutes behind, you'll all be on the same page:

You don't want to get to a point where someone is late more than a few times in a short period without addressing the issue, according to Entrepreneur. One or two late arrivals may not be a big deal, but when you start to notice the pattern, you should strive to get out in front of it.

2) Talk to the employee

The simplest way to get in front of this potential problem is pull the employee aside individually and ask what's going on, Entrepreneur advised. They may have a perfectly valid excuse, such as having to take the kids to school every day, that is easy to work around with the right understanding.

Even if you are going to be permissive in letting someone come in a few minutes late every single day, it's important to establish baselines of what is and isn't acceptable, according to Buddy Punch. That way, there's no ambiguity about what you want from the worker(s) in question, and it's easier to get on the same page.

4) Come up with a plan of action

If you determine that their reasons for lateness are not acceptable, you need to work together on a plan to address the issue as soon as possible, Buddy Punch said. This may involve some compromise on both sides, but it shouldn't be too difficult to arrive at a new approach that works for all involved.

5) Don't read them the riot act

Often, lateness is a problem that arises because of a lack of engagement on the employee's part, and if you simply scold them and make them feel bad, that's not going to right the ship, Buddy Punch cautioned. Instead, you should strive to be understanding and help them find a great solution to the issue.

6) Do point to disciplinary policies

With that having been said, it's also important to make sure employees know that if they don't get with the program, there may be disciplinary steps taken in the future, according to Small Biz Ahead. These should start small and escalate as needed, but your workers should be aware of what they are.

A great way to promote better attendance across the board in your manufacturing facility is to incentivize it, Small Biz Ahead recommended. Even small benefits could help create a better environment, making your entire organization more productive without costing you an arm and a leg.

8) Reconvene after a specific period of time

No matter what you decide on, it's important to circle back to the conversation at some point in the near future, whether it's a week, a month or a quarter later, Small Biz Ahead further added. That way, you can see where everyone stands and take further action if necessary.