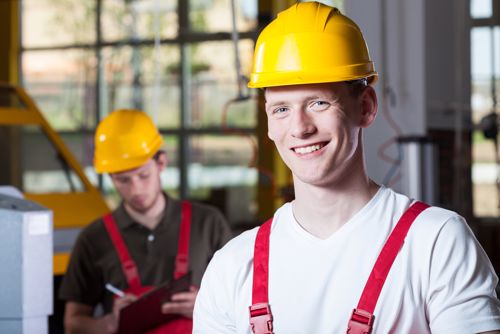 Managers in any business need their teams to work as a cohesive unit and generally lift each other up to achieve collective and individual goals. However, it's not always a simple path between taking over a team and fostering the atmosphere of togetherness and relying on one another.

What can managers can do to encourage that kind of feeling among every member of your team so you all pull in the same direction? The following tips may prove useful:

A great way to get a team on the same page is to give them challenging but achievable goals, according to Cleverism. That way, they all have to work hard to get there, but once they do, they attain a high level of satisfaction for a job well done. However, if you keep setting goals that are difficult or impossible to reach, they may start blaming themselves or each other for the shortcomings.

2) Give everyone a clear role

An all too common way teams lose productivity is when workers don't feel as though they are given direction or a specific task related to the overall goal, Cleverism said. As such, you may need to do more to define roles for everyone on your team for a given project, or just overall, so that everyone has a basic understanding of what they should be doing at any given time.

Workers typically like to see themseves as going somewhere in their careers, and your team needs to have more opportunities to "skill up" in their efforts to take that next step, according to Teambuilding.com. The more you can do to provide in-house training, or pay for workers to seek certification from local training centers or colleges, the more likely your team members will be to grow and succeed within your organization.

Being a manager and assigning tasks is anything but "set it and forget it," so it will really pay off to keep careful tabs on how things are progressing, Teambuilding.com suggested. Checking in with your team individually on a regular basis (such as just once a month for a 15-minute chat) can help them feel supported and give you a clear lay of the land.

During those meetings, it might be a good idea to ask if there's anything you, as a manager, could do better to support each worker or the team as a whole, according to Vantage Circle. Just being there to let someone vent about professional frustrations without judgment is a good idea, as it may give you insight into ways you can pivot your efforts going forward.

Some managers like to create an environment in which individuals on a given team are in competition with each other, Vantage Circle noted. However, even if that competition is intended to be light and low-stakes, some members may take their efforts too far and end up creating difficult situations. Instead, it's better to avoid that kind of environment and focus on collaboration instead.