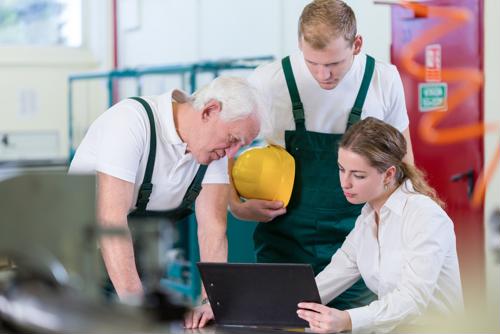 One of the biggest challenges manufacturing companies face these days is the twin goal of being able to attract and retain talent on a continuing basis. Simply put, you may have to do more to make sure your workers are treated well as a general rule, and that goes beyond just paying them well and providing them with a great benefits package.

The following tips will also be critical to ensuring your workers are happy with the way they're treated going forward, helping you avoid the "brain drain" that comes with higher rates of turnover:

One thing no one likes is feeling like their boss gets to play by a different set of rules, coming in and leaving when they please, taking long lunches and so on, according to Success Resources. While your work might not be as physically taxing as some of your other employees' is, aim to put in roughly the same number of hours as everyone else. You don't have to be the first to show up and the last to leave, but your schedule certainly matters in terms of perception.

2) Treat them with the utmost respect

It should go without saying that everyone under your roof deserves respect — you hired them for a reason, after all — and should be treated as such no matter what they do in the course of their work, Success Resources said. No adult should be yelled at or made an example of by another adult, regardless of the power dynamic is between them, and even if there's a big mistake, a frank discussion is always better than a dressing down.

3) Keep the lines of communication open

Along similar lines, when employees know you're not going to read them the riot act for any given mistake, you should also let them know you want feedback about whatever's on their mind, work-wise, according to Houston Chronicle Small Business. Just as you feel you can pull anyone aside for a chat, your workers should be able to come to you with questions or concerns.

4) Give them tools to develop professionally

Making employee training a critical part of your business operations is always a good idea because it helps both your entire organization and individual workers, Houston Chronicle Small Business added. People like to feel as though they're progressing in their careers, and regularly giving them new skills or reinforcing old ones, perhaps as a means to move up the corporate ladder, is a great way to keep employees engaged and feeling good about their jobs.

When people do good work, it's always wise for the boss to congratulate them in front of the rest of the staff, according to Total Wellness. That way, you not only give them the praise they deserve, but also set an example for the rest of the staff to follow. You might also want to consider rewarding excellent efforts with, say, team lunches, gift cards and the like.