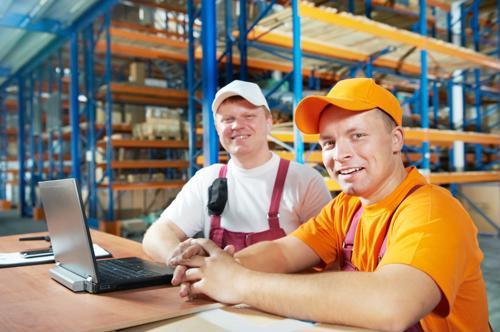 There has been a lot of attention paid to the manufacturing skills gap in recent years, as businesses in the sector need workers to meet demand, but often have difficulty finding qualified candidates. This is expected to be a persistent problem as time goes on as well, but that doesn't mean industry leaders aren't doing more to address the issue.

The many issues related to the skills gap have been widely publicized within the sector, according to IndustryWeek. These include the fact that companies already don't have enough workers to meet possible demand, and there aren't enough people coming into the sector to even replace the older ones who are reaching retirement age.

At the same time, though, many American manufacturing jobs are becoming more complicated, requiring additional skills that those new workers who are coming into the industry just aren't prepared for in training, the report said. Businesses in the industry believe they are being hampered by negative public perception of industrial jobs, as well. All of which means that better training, outreach and education may be needed at high levels, but also from individual companies. Put another way, all these issues may be well-known within the manufacturing industry, but perhaps not among the public at large.

What can be done?
Some within the industry believe more has to be done to create simple inroads to a career in manufacturing, or rather, to rebuild the pathway via apprenticeship that has, in many cases, fallen by the wayside, according to Thomas. The pathway could be an important lifeline to re-establish, as it ensures those coming into the industry can start earning pay on Day 1 and get career and skills training that will be desperately needed in the decades ahead.

Whether it's just a one-year apprenticeship or a more involved one that reaches as much as six years, that kind of onboarding effort can help ensure there are always workers who are learning and growing on the job, rather than acquiring skills in college that may only involve a brief internship, the report said.

Another company-side problem
Interestingly, though, companies may not have the internal infrastructure to help themselves bridge the skills gap, because of what some refer to as the "capability gap," according to a recent poll from PTC. For instance, 80% of manufacturers in the global survey say spend too much time with their design and engineering teams focused on tasks other than design, including administration and data management.

That, in turn, holds up production processes and keeps companies from achieving their true potential, as noted by 82% of respondents of which just half say their companies have such capability, the survey found. Likewise, while 77% of respondents said being able to monitor progress on any design-related process without meetings calls or emails is critical to success, only 43% report having the internal infrastructure to do so.

For all these reasons and more, companies need to do more internally to ensure they can reach out to prospective manufacturing workers and generally are more able to maintain a robust hiring effort for many years to come.