Manufacturers feeling better about near future of industry 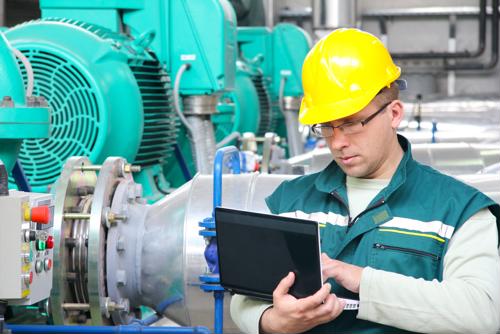 The last few months have been rocky for the manufacturing sector, but now industry experts say they can potentially see a light at the end of the tunnel. Survey data suggests that while the industry is still in a difficult spot for now, that might not be the case for much longer.

The latest Report On Business from the Institute for Supply Management found that the organization's index for manufacturing activity slipped to a reading of 47.2 to close out 2019, down from 48.1 in November. That was the lowest level seen since June 2009. Any index reading under 50 shows contraction, over 50 shows growth.

While the overall index is contracting more quickly as of the latest reading, there are still elements of the ISM's findings to indicate that might not last much longer, the report said. Overall, though, the national economy was in growth mode for the 128th straight month - four months shy of an 11-year run.

"Global trade remains the most significant cross-industry issue, but there are signs that several industry sectors will improve as a result of the phase-one trade agreement between the U.S. and China," said ISM chair Timothy Fiore. "Among the six big industry sectors, Food, Beverage & Tobacco Products remains the strongest, while Transportation Equipment is the weakest. Overall, sentiment this month is marginally positive regarding near-term growth."

What's the issue?
Perhaps not surprisingly, the aforementioned issue of global commerce and the trade war between the U.S. and China seem to have been the biggest driver of the industry's slowdown in recent months, according to The New York Times. The first stages of the new trade deal between the global economic powers is scheduled to be signed on Jan. 15, with plans for additional agreements slated for sometime later in the year.

Gregory Daco, the chief United States economist at Oxford Economics, noted in a distributed email that uncertainty remains, especially with recent military action in the Middle East driving up the cost of oil, the report said. Furthermore, some economists say the effects of the high tariffs at the center of this trade war have been, at best, a mixed bag for manufacturers.

The big picture
Meanwhile, in addition to the outside pressures many manufacturers now face due to the trade war and other economic issues, they may also need to upgrade their positions on a number of fronts, according to projections from the Association of Equipment Manufacturers. These include investing in wearable technologies or 5G capabilities for their plants; being more proactive about utilizing tech to conduct smarter, more effective maintenance; and beefing up their positions on cybersecurity.

The more companies can do to prepare for an environment in which the industry will be stronger again in 2020, the better off they are likely to be. However, a critical part of that effort is ensuring their offerings for workers are at least competitive with local norms, in terms of both salary and benefits. Doing so is vital to being able to attract and retain talent at a time when competition for it is fierce.