Tipped minimum wage still an issue in many states 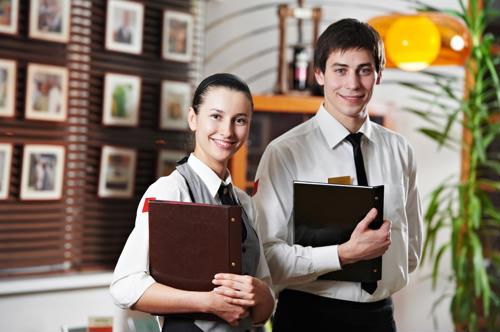 In the past few years, many states have taken steps to at least start increasing their minimum wages, bringing higher pay to millions of workers nationwide. However, not every state takes the same approach even with overarching minimum-wage increases, let alone those extended to workers who earn most of their pay via tips.

Generally speaking, the tipped minimum wage is what all restaurants, bars or other businesses are required to pay tipped workers as long as the sum total of those tips plus the hourly wage add up to be equal to or greater than the overarching minimum. Sometimes, businesses don't make up that difference. While this is technically wage theft, it's not always the case that lawmakers include improvements to the tipped minimum with their own legislative efforts.

For instance, in New York, which recently approved a slow increase to a minimum of $15 per hour for non-tipped workers, the uptick will only be a few cents for those who rely on tips, according to Buffalo television station WKBW. Currently, the Empire State has a tipped minimum wage of just $7.50, and that number will rise to $7.85 next year for those in the food industry. However, the state also delineates between food-service workers and other service-industry employees, who have a slightly higher minimum.

To make up the difference, many restaurants say they plan to reduce employee hours, or simply raise their prices, the report said.

What's the issue?
Currently, 43 states allow a different minimum for tipped employees and those who earn hourly wages, according to the New York Daily News. This increases economic disparity for such workers, which is why some groups are now petitioning elected officials at the state level to do away with the tiered system.

The New York Department of Labor is studying the economic impact of eliminating the tipped wage, and bringing it in line with the significantly higher prevailing rule, the report said. Its findings have yet to be finalized.

"Restaurant workers in New York and across the country have been mobilizing over the last two years to demand that One Fair Wage will be passed in New York and the Raise the Wage Act in Congress," Saru Jayaraman, co-founder and president of the organization Restaurant Opportunities Centers United, told the newspaper. "It's time for Gov. Andrew Cuomo to listen to the voice of the majority of restaurant, nail salon and car wash workers."

The industry concern
As with most other pushes to increase the minimum wage, the businesses that benefit most from paying employees less tend to be those pushing back against improvements the hardest. According to the Sonoma Valley Sun, local officials in Sonoma, California, want to raise the minimum wage for everyone to $15 per hour, but a group of restaurant owners are pushing back against the requirement, asking for a tip credit added to the local law.

Simply put, higher pay and better benefits are key for businesses that want to attract and retain talent on an ongoing basis, especially because the cost of employee turnover is often significant.