Idaho could be next for minimum wage hike 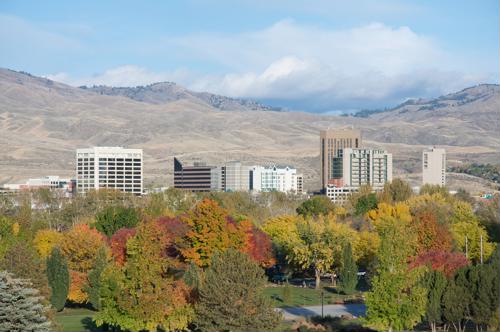 With so many states across the country now at least considering a minimum wage hike, if not putting one in place already, it's hardly a surprise whenever a new one joins the movement. The most recent of these may soon be Idaho, as residents are working to put an increase on the ballot for 2020.

Two separate initiatives surrounding a minimum wage increase for the Gem State were recently approved by the Idaho Attorney General's office, the crucial first step toward getting such questions on ballots across the state in about a year and a half, according to the Idaho Press. Currently, Idaho has no minimum of its own, instead following the federal lower limit of just $7.25 per hour.

The first of these measures, if passed, would raise the minimum wage writ large to $12 per hour by June 1, 2024, the report said. There would be an incremental increase, starting on the same date in 2021, with the minimum rising to $8.75 some seven months after the federal and state elections, then $10.75 a year later before hitting the final level 12 months after that. Going forward, the minimum wage would be tied to the cost of living.

The other ballot initiative would get rid of the state's "training wage," which allows businesses to pay people under 20 just $4.25 per hour for the first 90 days on the job, while also raising the minimum for tipped workers who currently earn a minimum of $3.35, the report said. The initiative would also allow cities or entire counties to set their own minimum wage above and beyond the state's.

What's required now?
Of course, approval from the state AG's office is only the first step in a longer process - effectively only confirming the legality of the wording, according to the Idaho Statesman. Activists behind the ballot measures will now have to collect signatures from slightly more than 55,000 voters across the state before the end of April 2020 to actually get the questions put up for a vote. That represents about 6% of all registered voters in the state as of the November 2018 election.

Those behind the ballot measure - an organization known as Idahoans for a Fair Wage - are already planning a kick-off event to collect signatures, the report said. It will be held on May 25 in downtown Boise, and similar events are planned for other parts of the state as well.

Why it's needed
Much like every other part of the country, advocates say consumers deserve a higher minimum wage simply because the state hasn't raised its level since the federal increase a decade ago, according to Bob Kustra, former president of Boise State University, writing for the Statesman. While many will express concern about what higher wages for the lowest-paid workers in any given state mean for business owners, job opportunities or broader economies, there's plenty of evidence to suggest higher pay broadly impacts employment levels.

When minimum wage increases are being discussed in any state, companies must  be proactive about boosting their own salary and benefits offerings. Doing so helps them both attract and retain talent on an ongoing basis.