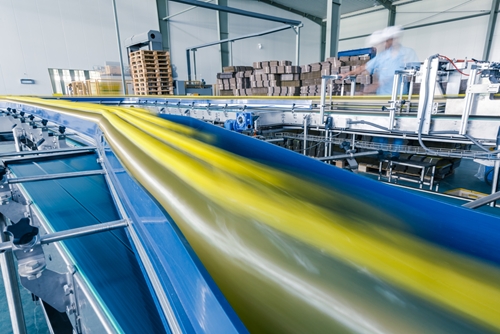 Factories are full of machines that are needed to run the business. Manufacturing workers keep an eye on them to ensure that they're running smoothly and that nothing goes wrong. However, if not operated correctly, that same equipment can lead to injuries. Conveyor belts attached to machines can be just as dangerous as the devices as a whole. Workplace safety is key to limiting accidents and keeping all employees out of harm's way.

The potential hazards of conveyor belts
According to the U.S. Department of Labor's Bureau of Labor Statistics, approximately 39,100 people operated conveyor belts in 2012. They're in charge of making sure the chutes stay clear, the belt works and the guardrails are in place. Unfortunately, these measures don't ensure the safety of all employees.

Approximately 35 percent of work-related injuries from 2008 to 2012 were because of conveyor belts, and $218 million was spent on workers' compensation claims for those accidents, WorkSafeBC reported. Even when employees are being careful, accidents can happen. It's easy for loose clothing, jewelry or hair to get trapped in conveyor belts. If workers aren't paying attention, they could get caught in the machine.

Taking proper precautions
Conveyor belts move at speeds of up to 275 feet per minute, and others may start and stop without warning, according to Manufacturing.com. With workers coming into contact with those kinds of hazards, manufacturing safety training is crucial. New employees should receive full explanations of conveyor belt operation, safety and design. It also doesn't hurt to have them follow a veteran worker to learn the proper techniques.

"Many accidents are caused by people letting either guard down when working on equipment," Steve Kuczkowski, service manager at Dorner Manufacturing, told Manufacturing.com. "Work can sometimes become repetitive, and that can lead to a momentary lapse in focus and judgment - and that can result in an accident."

Companies should refresh their employees' knowledge periodically and conduct reviews to ensure machines are being used properly. According to Kuczkowski, complacent workers are just as dangerous as untrained ones, so keeping everyone updated and fully trained on conveyor belt protocols will help prevent accidents.

Machines can also be altered to have safety precautions, according to the U.S. Occupation Safety and Health Administration. Belts can be equipped with guardrails to keep employees away from the moving parts and with mechanics that will stop the belt if anything gets caught in the machine. Lockouts can also prevent machines from being turned on while the belts are undergoing maintenance. By placing a lock on equipment or energy sources, the machine becomes inoperable and will ensure workers' safety.

Conveyor belts don't have to be as dangerous as they can seem. With proper training and awareness, manufacturing workers will be able to operate the machines safely and correctly.